Iran has experienced one of the most dramatic declines in fertility throughout the world in the last four decades. This paper examines the impact of Iranian women’s education on fertility outcomes using Iran household census 1996, 2006, 2011, and 2016. To identify the effect of educational attainment, I construct a new dataset of the number of elementary and secondary schools in each year in each region of the country and utilize the number of elementary and secondary schools at ages 7 and 12 as instruments for maternal education. The opening of new schools affects the decision to continue and move through the educational attainment, but it should influence fertility behaviors only through the educational channel. In the context of Iran, I found that there is a negative impact of education on the number of children in the urban and rural regions. My empirical analysis revealed that women with higher years of schooling tended to have significantly fewer children in the last three decades in both urban and rural areas. More years of education also increased the number of families with no children and with only one child in the rural areas of Iran. Overall, most research has focused on the returns from education reflected in female job and wage opportunities. However, fertility outcomes constitute another benefit of having higher education, which is not mirrored in the wages earned by educated women. Thus, the findings of my study suggest that the estimates of the returns from women’s education should include the social and demographic aspects as well. 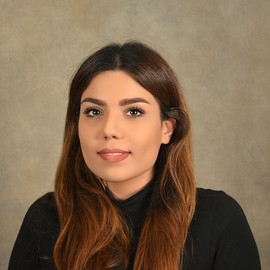 I am a Ph.D. Candidate in Economics at University of Iowa in Iowa City.